Kaki, it’s that time again!  The time when I confess the kitchen blunders and revel in the culinary successes of the past few weeks.

Thanks once again to Cooking Light for this great recipe.  Theirs is for just the cauliflower, but I doubled the marinade and did half on the cauliflower and half on some fish I baked separately.  With a simple collard-green-and-apple-cider-vinegar slaw and corn tortillas, it made for a *killer* work lunch. 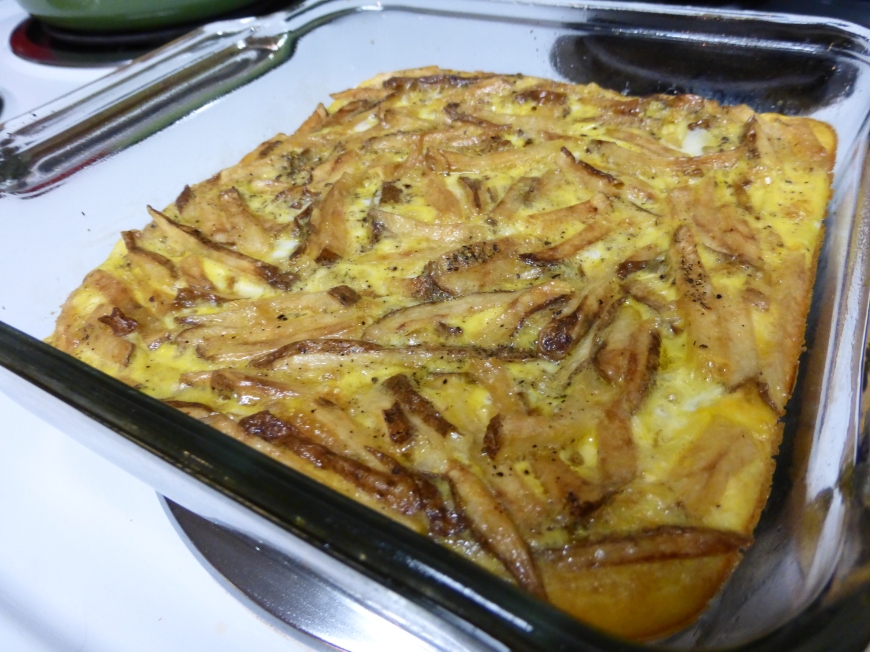 So, there is a reason that if you Google the above, relatively few recipes pop up: it’s not great.  It’s not awful, it’s just not as good as fried potatoes and eggs should be.  A decent way to salvage cold french fries, though.  I used five eggs to maybe 2 cups of french fries, a dash of buttermilk because I had it, some salt and pepper, and baked it 20 minutes at 400*F.  If there’s a next time, I’ll bake it for a shorter period; the eggs were a little drier and tougher than they needed to be. 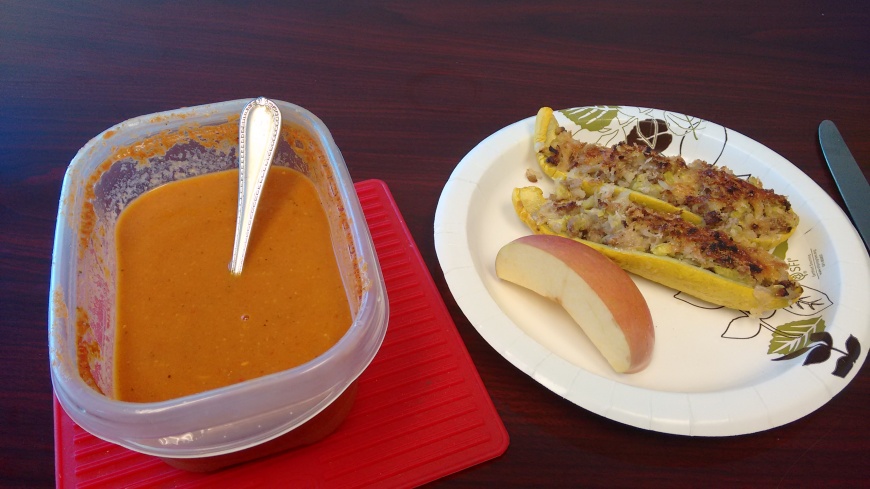 Another “meh” here.  I had attempted to adapt a minestrone soup recipe, only leaving out the pasta… except I forgot to decrease the broth.  It was SO THIN, Kaki, no body to speak of at all, not even after I pureed the peppers, corn, and pinto beans together.  I eventually just let it simmer on the stove for AN HOUR until it had almost reduced by half.  Still only OK.  Oh well.  The stuffed zucchini (well, summer squash, but still) was fine, but a little watery.  So, good flavor, meh texture all around. 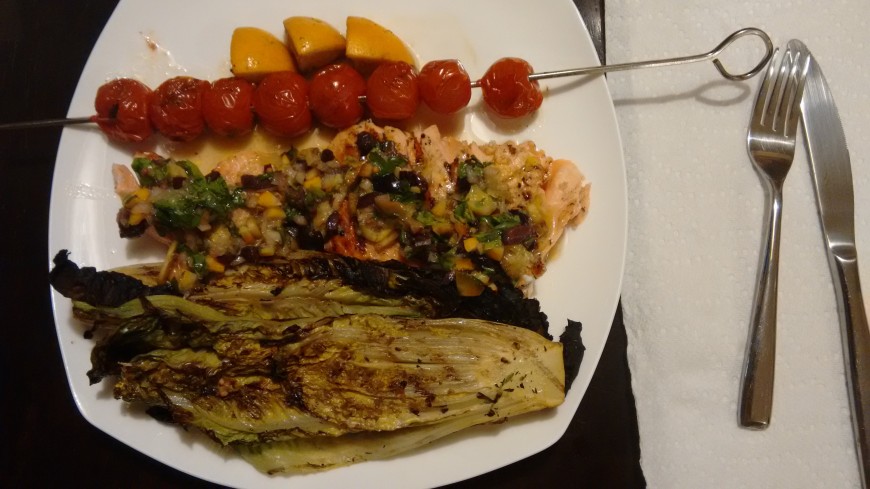 Cooper and Matt and I grilled lettuce last week!  It was tasty, though the texture got a little softer than I’d have preferred.  The char was really nice.  We paired it with the Salmon and Meyer Lemon Salsa we’d made a few months back.  It was still super tasty. 🙂

Talk to you soon!