We’ve been blogging for a year!  Woo-hoo!!  Which means your post about homemade tortillas was a year ago.  A year ago!  And that means our epic trip out to LA was two years ago!  Madness.

So I made us some celebratory brownies.  Admittedly you did not get to eat them, what with your living several hundred miles away, but my co-workers decided to help you out.  Big of them, I know.

This was my signature recipe for a long time.  I can’t tell you how many times I’ve made it.  My mom says she made this for every function when she and my dad moved to Virginia, and their name proved true.  Who doesn’t want a friend who makes brownies!?

Also, frosting is not optional.  I have a different recipe for unfrosted brownies that I like that I’ll post sometime, I’m sure.  But these, these must be frosted.  (Frosting recipe follows, of course.) 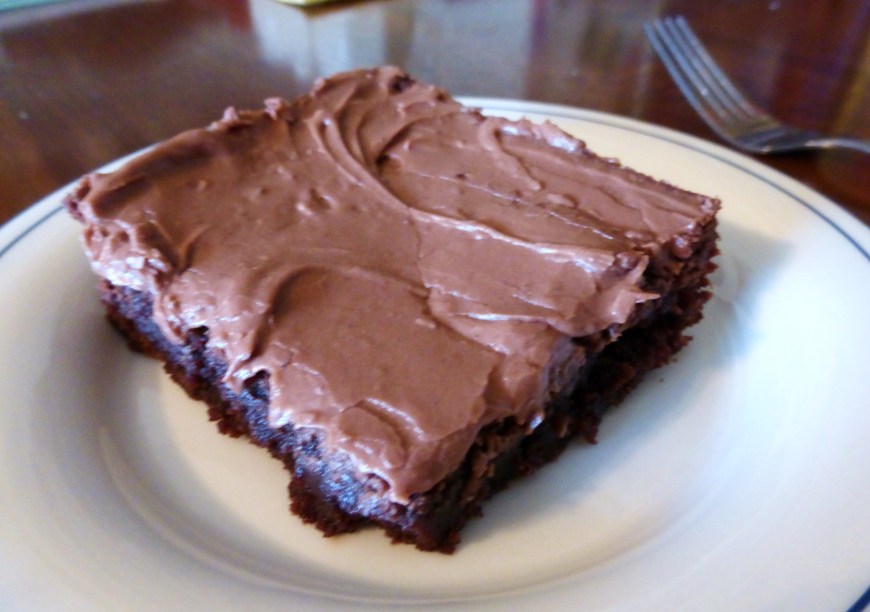 In a large mixing bowl, cream together butter and sugar until mixture is light and fluffy.  Beat in eggs. 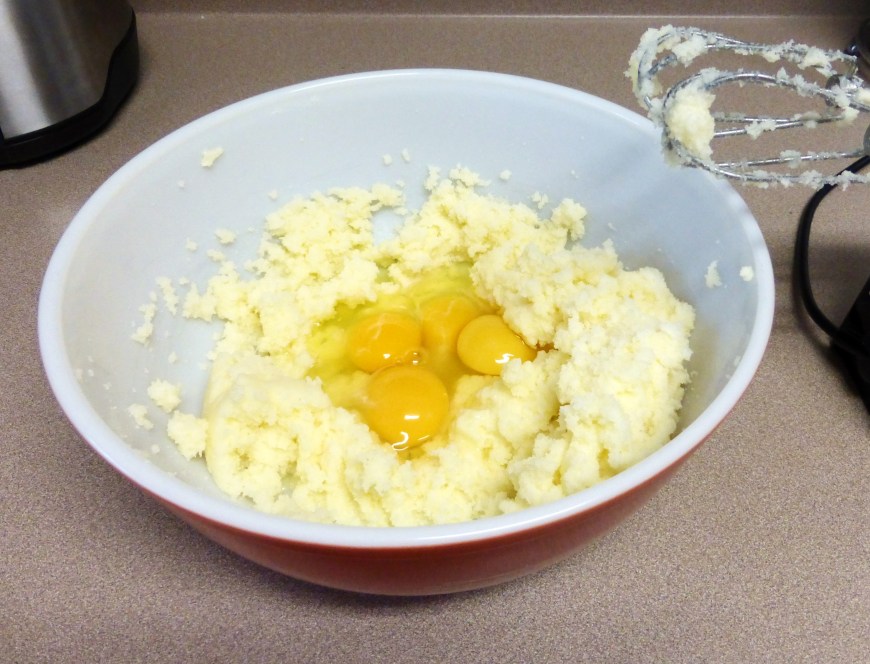 Chop chocolate into small pieces.  Place in a medium sized microwavable bowl.  Microwave in 20-30 second intervals, stirring with a rubber spatula each time.  (Chocolate can burn quite easily, so you don’t want to do it longer, and you do want to make sure to stir well each time.)  I microwaved mine for a total of one-and-a-half minutes, because the final time it was so melty I could just stir and let the residual heat melt the final small pieces. 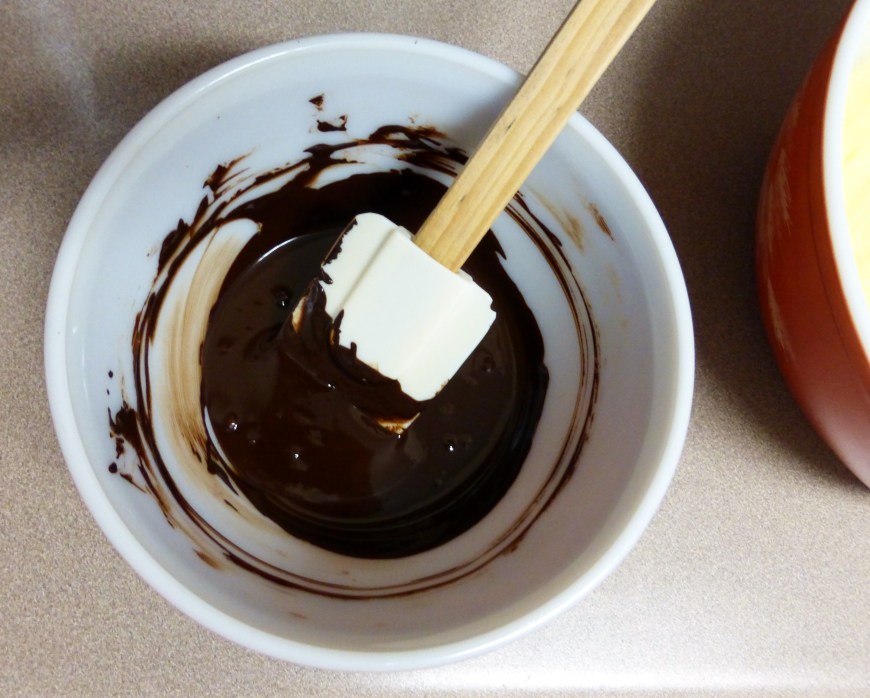 Pour the melted chocolate into the butter-sugar-egg mixture, and stir until fully incorporated. 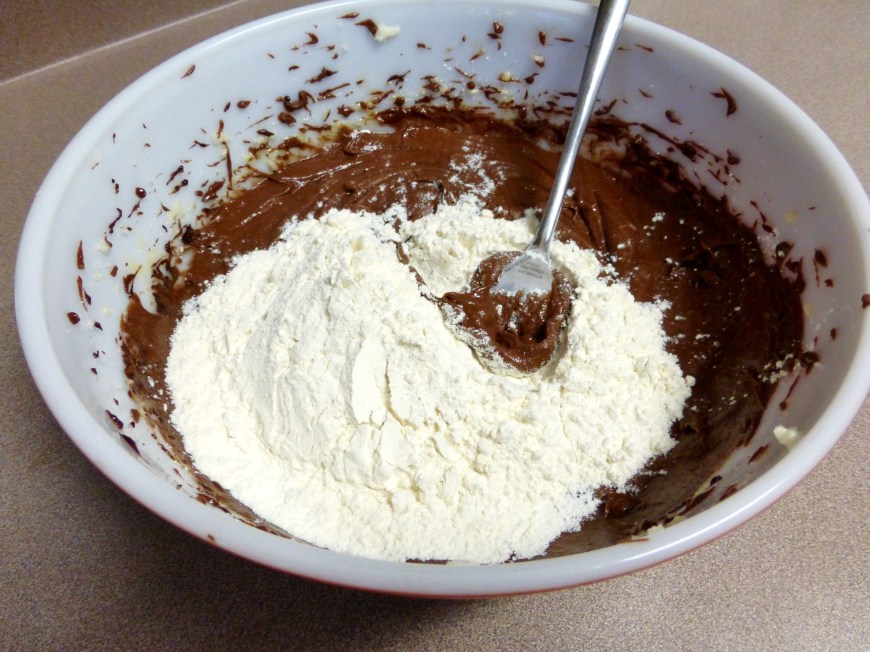 Pour the batter into the greased pan, spreading the batter until it is even in the pan.  Bake for 30 minutes**. 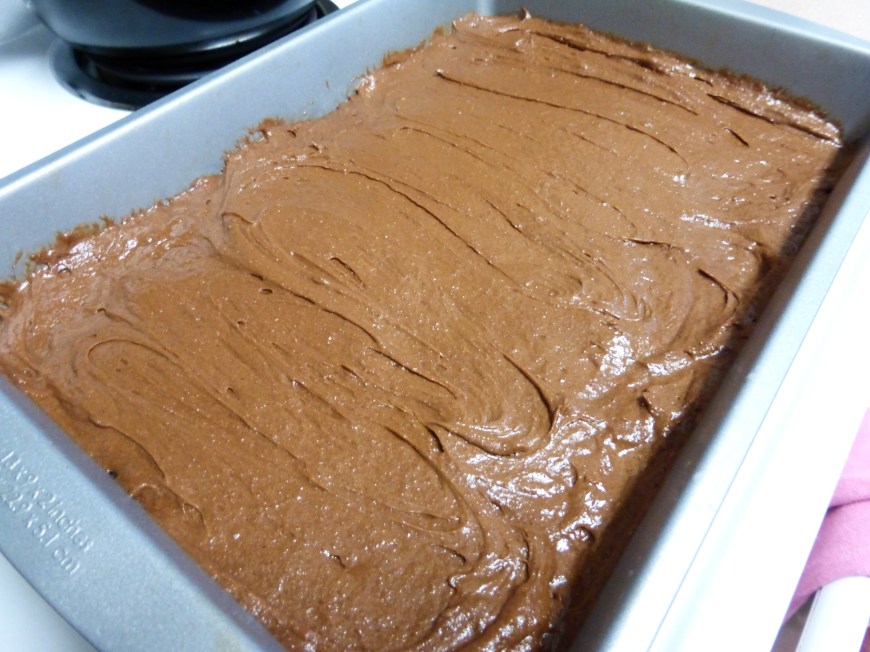 I love that sweeping “S” shape!

Let the brownies cool for several hours before frosting with Seat of Pants Frosting. 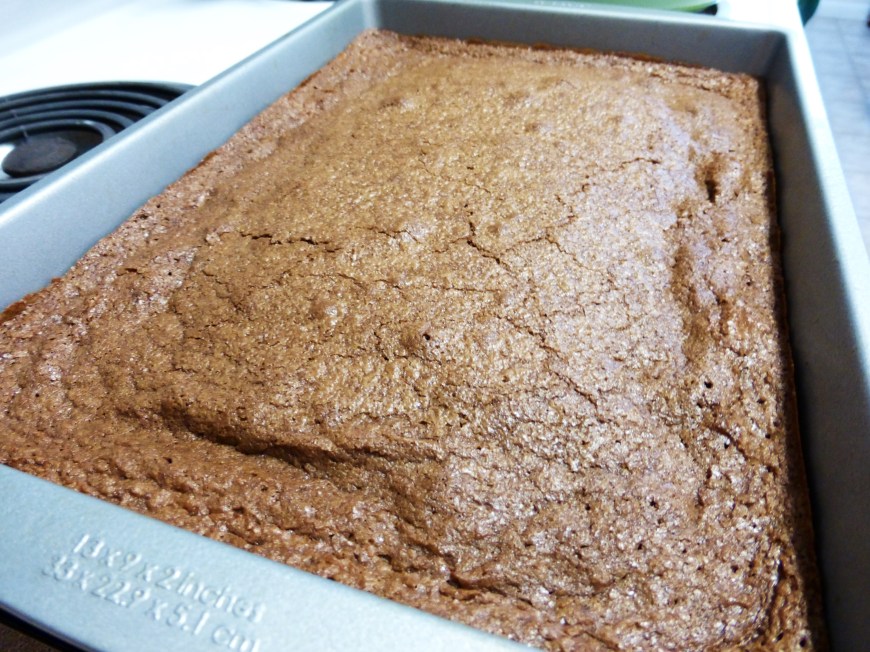 Can you spot how far in these really baked? Darn oven.

makes, you know, enough for a pan of brownies

Heat some milk in a glass measuring cup for 20-30 seconds; it should be about body temp.

Add “about half a box”*** of powdered sugar, a little cocoa and a little warm milk to the butter-shortening mixture.  Stir until a smooth frosting forms.  If too dry, add a little more milk.  If too wet, add more powdered sugar.  If not dark enough, add more cocoa powder. 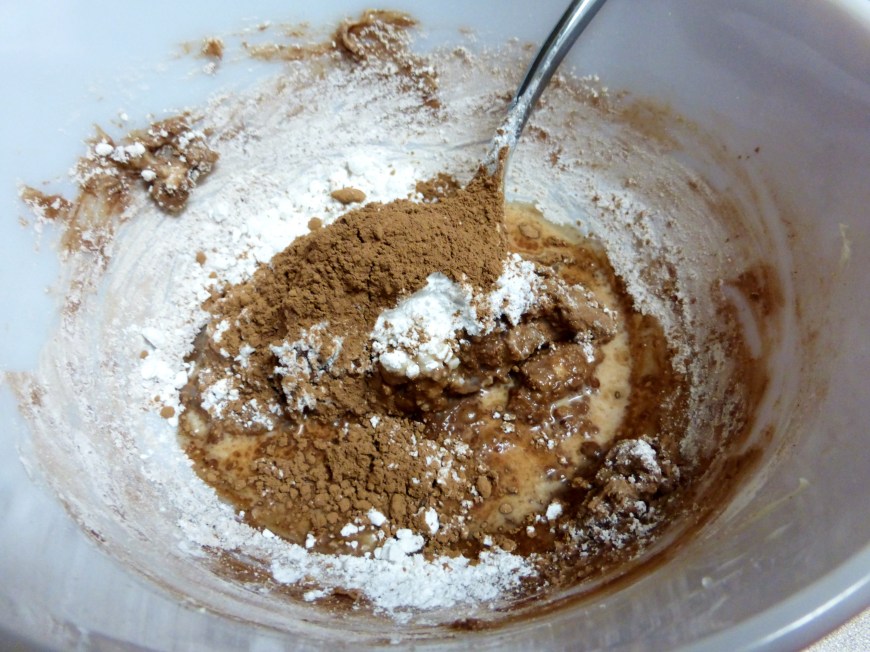 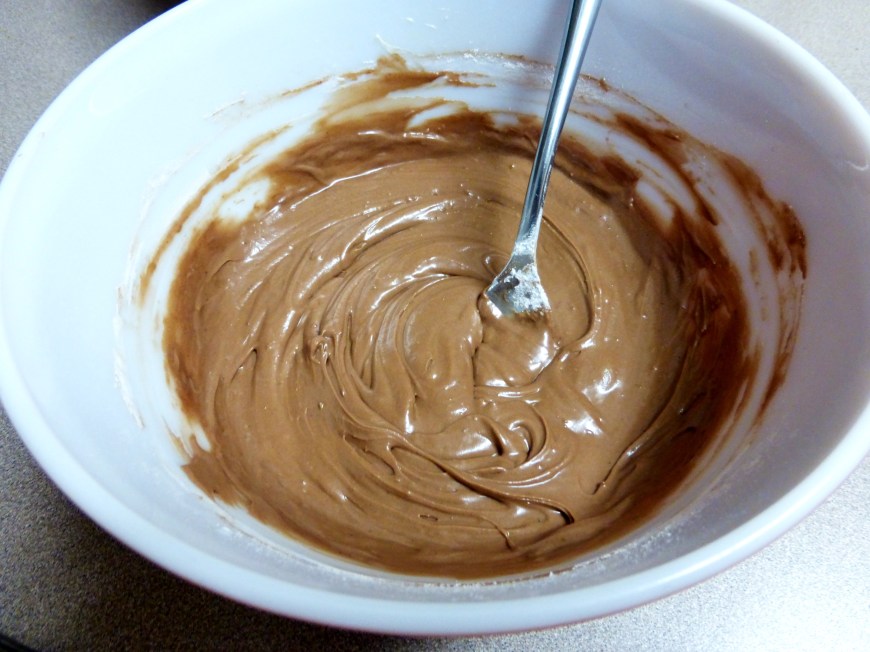 Use to frost a cooled pan of Make Friends Fast Brownies. 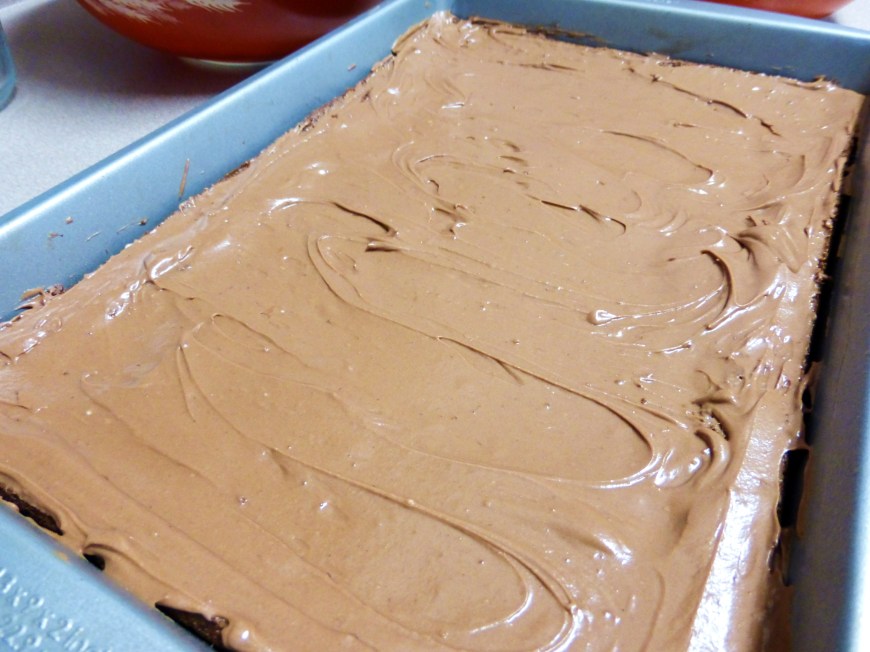 Cheers, my dear!  Here’s to many more brownies and tortillas and all between us.

*This is one of my favorite baking tricks from my mom.  She’d use a hand mixer for everything but the flour, and would rework a recipe so that the flour was always added last, and by hand.  She said it’s easier to overwork the dough with a hand mixer than if you’re just stirring with a fork, and gosh darn it, she’s right.  And this was before knowing about how gluten forms was a normal thing.  Nicely done, Mom.

**30 minutes has been perfect my whole life.  Until my current oven went south.  This most recent batch barely set in the middle in that time, and instead of nicely gooey in the middle, it was almost raw.  I mean, still delicious, and no one complained at the office, but I wish I’d let this batch go another 10-15 minutes.

***These were the instructions on my mom’s recipe card.  I usually just take it to mean, “quite a bit”.