And, as it were, it appears it’s who we are.  So, thanks for understanding.

When I made those Veggie Burritos, I started out the day thinking, hey, I’ll make a double batch of beans!  Two pounds of dried beans are better than one pound of dried beans!  Cook all the beans!

But after soaking them overnight, it became apparent that there was absolutely zero-percent chance that two pounds of soaked pinto beans would fit in my slow cooker and still have enough room to add onion and water and all.  So half of them came out of the slow-cooker.  That half just sat there, in a pot, eyeing their soon-to-be “refried” neighbors, pondering their own fate, while I frantically scanned my “Recipes” bookmarks for something with white beans.

Post-Punk Kitchen to the rescue!  And Peter Berley, as well.  See, I read Peter Berley’s Modern Vegetarian Kitchen this summer, and really enjoyed it.  However, I didn’t stock a ton of his standard ingredients, so initially I didn’t make a ton of his recipes.  But he did suggest cooking beans with a seaweed called kombu, as a way of softening the beans better and of adding a bit of umami flavor.  And I had just purchased some at Whole Foods!  Win.

Kombu. An edible ocean plant. I think that says it.

So a pound of soaked pinto beans, a piece of kombu, and 6 cups of water went into a pot.* 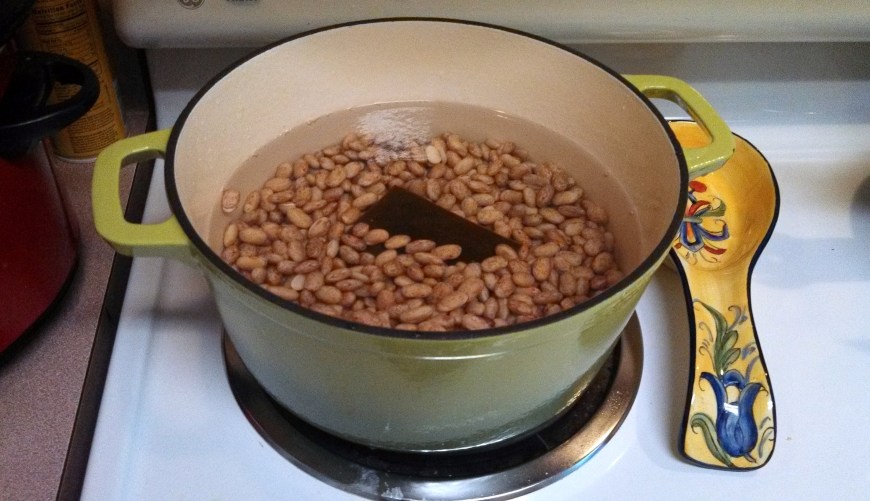 *Not the start of a culinary joke.  Yet.

Then we covered, brought up to boiling, and reduced to a simmer for 45 minutes. 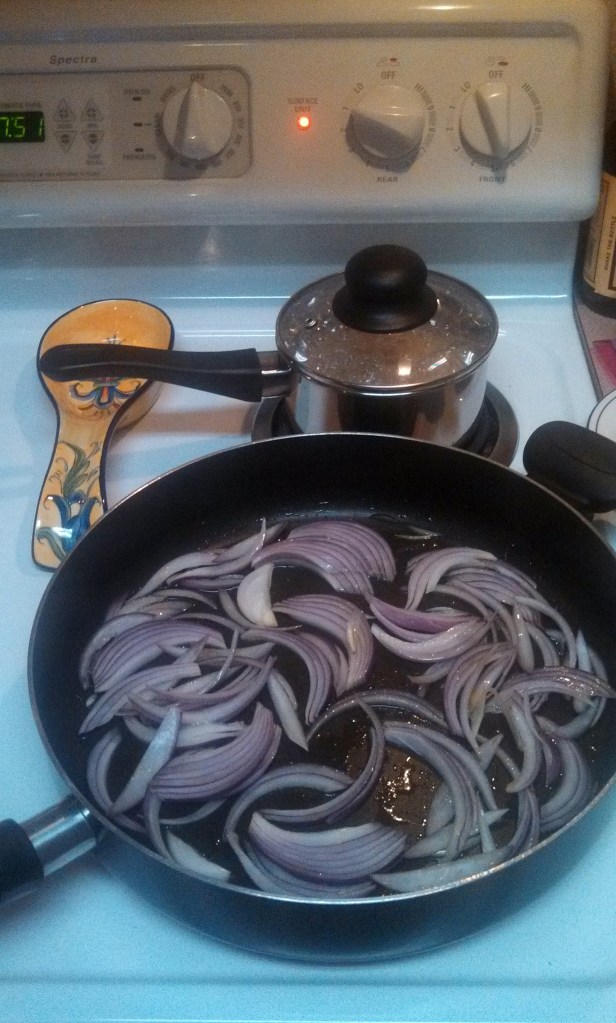 Get those onions in a pan!  Get that rice on!

Realize later that your phone’s camera really doesn’t do well with steam.  Especially when you then forget to wipe it off for the rest of the afternoon.

Then realize your dad got you a camera for your birthday and this will be the last post with phone camera pics and get.excited.

Add you some mushrooms and thyme!

Let them cook up to all brown and delicious looking.  (I’m sure you could dig in right here, but… keep going…) 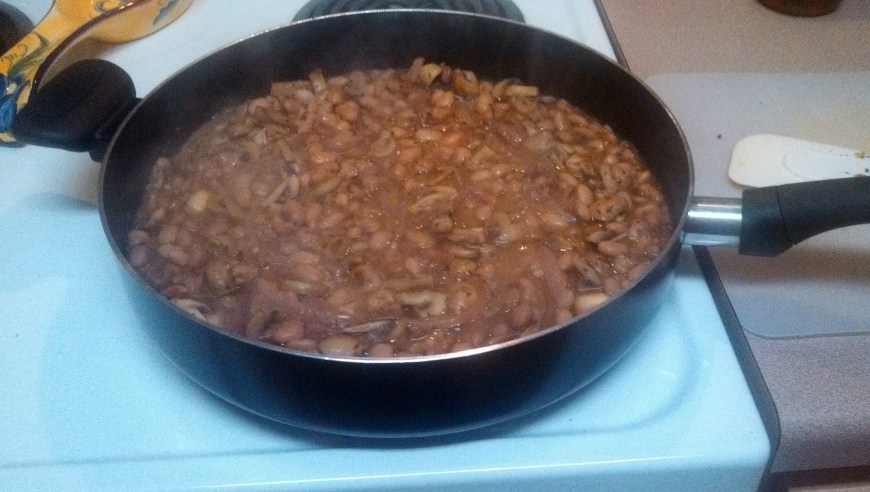 Add your now thoroughly cooked beans!  And some veggie stock.  And some lemon juice and zest.  Fabulous. 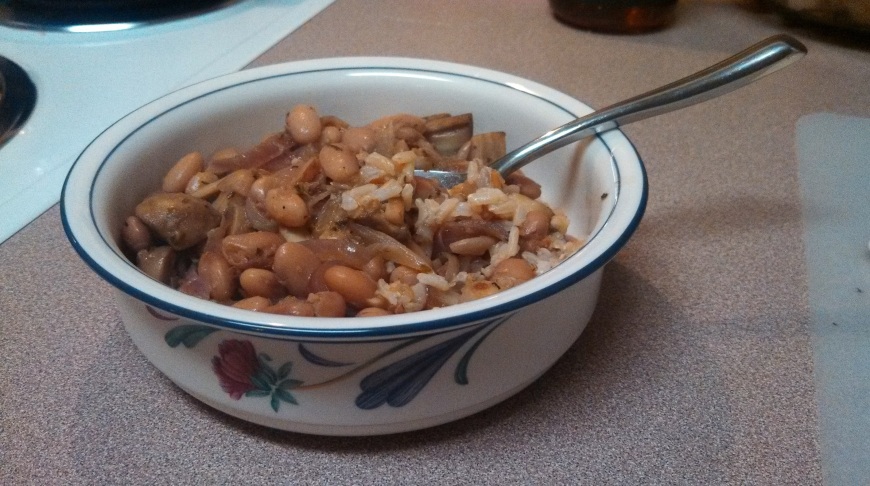 Let it reduce, then serve it over brown rice.  Mission accomplished.

This was really good as is, but as someone who cannot help but brainstorm and tinker:

To cook the beans:

Place the pre-soaked beans, kombu, and water in a large pot.  Cover and bring to a boil.  Once boiling, reduce to a simmer and cook until tender.  I stopped at 45 minutes, but honestly wish I’d let them go longer.  They were cooked through but not as creamy smooth as I’d really prefer.  Once cooked, remove and discard kombu.  Drain the beans, reserving the bean cooking liquid for another purpose, like the base for a soup.  This will make 5-6 cups of beans; the beans not used here can be frozen for use later.

To make the saute:

Begin by heating the olive oil in a large pan over medium heat.  Add the onions and saute for a few minutes, until translucent and even beginning to brown at the edges.

Add the garlic and thyme.  Saute for about a minute.

Add mushrooms and saute until they begin to release moisture, about five to seven minutes.

Add breadcrumbs, stirring them in to coat the mushrooms.  Let the breadcrumbs toast up for a couple minutes.

Add the veggie stock, lemon zest and juice, salt and pepper.  Stir to combine.  Let simmer for five to seven minutes until slightly thickened.  Taste for seasoning and adjust with more salt, pepper, or lemon juice if needed.

Serve saute over rice.  Can optionally top with cheese or a fried egg.

P.S.  The verdict on the kombu?  Eh, I’m not sold yet.  It really did taste a bit ocean-y, and not in a way I’m necessarily digging.  In a dish like this where more flavors are added to the beans, sure, but I’m not sure I’d eat them just as-is after cooking.  I’ll play around with this some more and report back.