Kaki!  I have a story to tell, a story about key lime pie.

This spring I made two key lime pies in one week; one for Cooper’s birthday, and one to bring up to your house.  Which naturally meant that I got to try out both the traditional, egg-custard based pie, and an attempt at a vegan pie.

Here are the results!

I followed The Kitchn’s recipe to the letter, and it is AMAZING!  Foolproof!  I will add that I really liked making the crust in my spring-form pan, as I could get the edge higher up and therefore completely avoid any chance of custard overflow.  Follow this link for your custard key lime pie bliss! 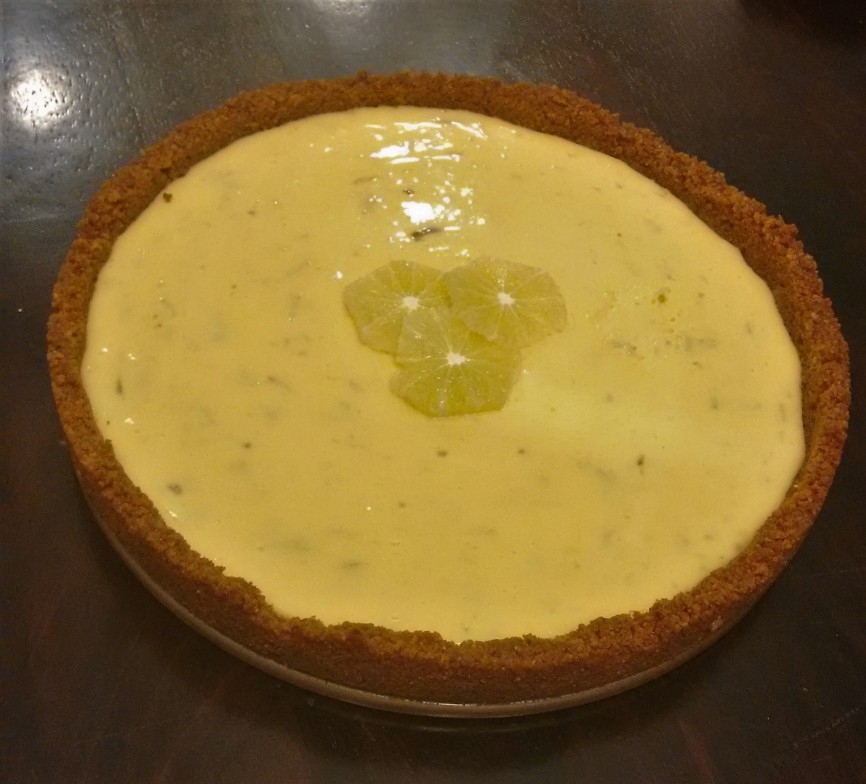 This, of course, was a little bit more of an adventure, as I daringly (I know, I live on the edge) adapted Alton Brown’s Moo-less Chocolate Pie to key lime flavors.  It went like this:

My one critique is that I tasted a slight chalky quality with this pie; I don’t think the tofu flavor was covered quite as well with this version as with the original.  It did seem to get better once tasted with the crust instead of on its own, so I think perhaps it didn’t have enough either fat or sweetness.  Next time I’ll up and honey and perhaps try some of this powdered lime juice product to up the lime flavor without further increasing the amount of liquid.  Overall a great first attempt!