Kaki, I really enjoyed making those Oven Caramelized Onions this past week.  So little work to turn something so humble into something so tasty!

So now I need to decide what to do with these babies!  I already made a quick pizza at Cooper’s place the other night; Boboli pizza crust, a little tomato sauce, some fresh mozzarella, some caramelized onions, and some fresh basil.  Delicious.

After a ton of internet searching I came up with the following other options:

Here’s the dip I ended up making for book club: 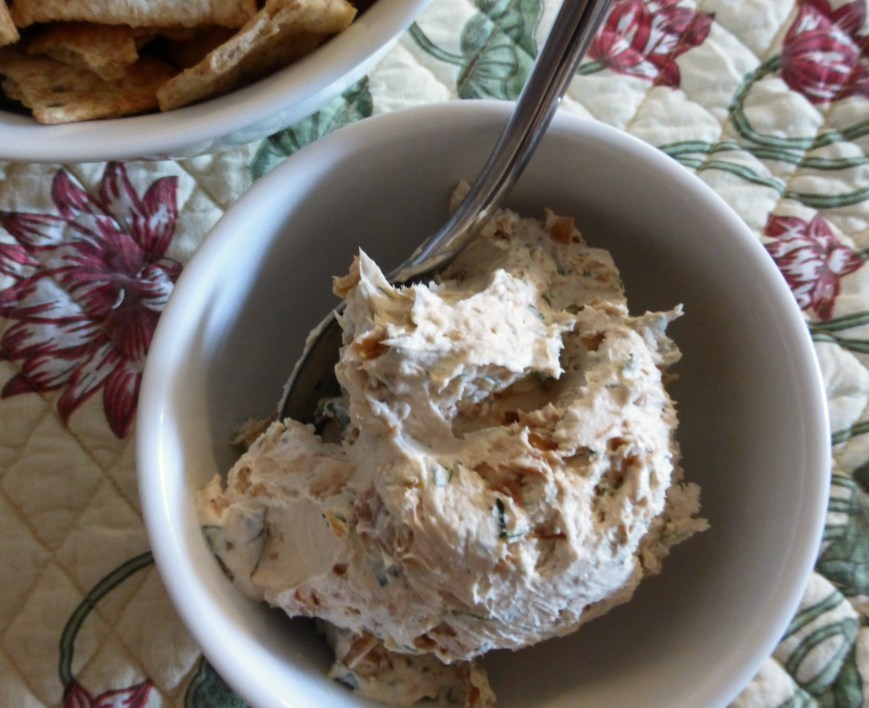 It’s just one 8 oz. container of whipped cream cheese (I like whipped because then it makes stirring it all together so much easier), a couple tablespoons of really finely chopped caramelized onions, and maybe a tablespoon or so of finely chopped fresh parsley.  Really tasty.  And I think I’ll use the leftovers to make a creamy pasta sauce like I’ve done before.

Also, the internet keeps saying I can freeze caramelized onions, and since you only need a little at a time (read: I still have so much of this, and do not want it to spoil), I’ll be doing just that to have some at the ready whenever I want!

Have a lovely Memorial Day, Kaki!

P.S.  I feel like I’ve use a ton of exclamation points in this post!  And I’m not going to edit that number down!  Because I am a rebel, a punctuation rebel, and we all know it.

P.P.S.  Okay, I edited one out.  Even I thought that was overkill.