Admittedly, lentils are not the stuff fancy food blogs are made of.  They aren’t pretty.  Ungarnished, they’re pretty bland.  They’re cheap.  In short, they lack sex appeal. 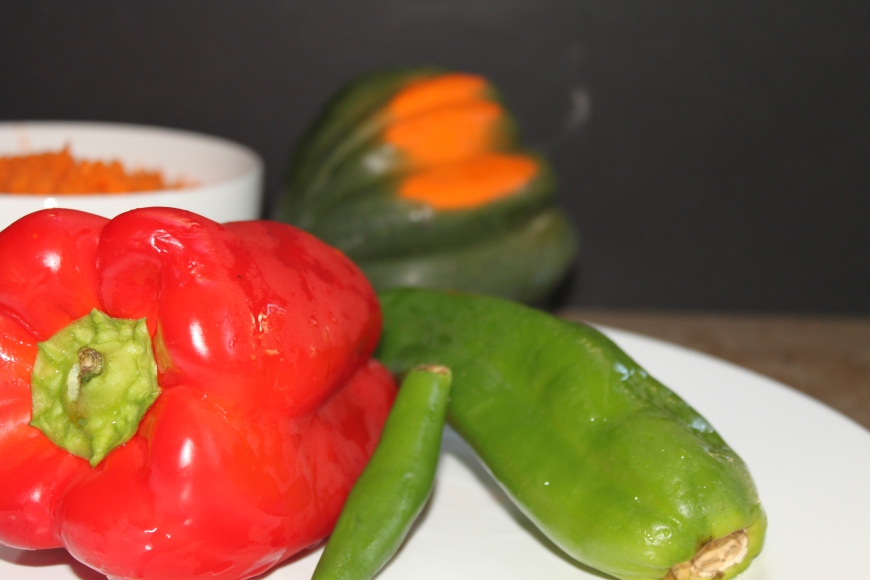 But real talk.  We eat a lot of lentils.  So, blog world, step back, because I am bringing you a lentil recipe.  And I didn’t even used red lentils (rentils, if you will).  No, I used the really ugly brown ones.  We’re all going to take a deep breath and be ok with it, though, because this recipe is so-worth-it.

This recipe is sort of a summer-meets-fall kind of deal.  We’re still enjoying hatch chili peppers, but we’ve acknowledged that, notwithstanding current temperatures, fall is en route and it’s time to eat some squash.*

(*But it’s not, and I emphasize that it never will be, time to get a pumpkin spice manicure.)

This squash gets roasted into all kinds of delicious. 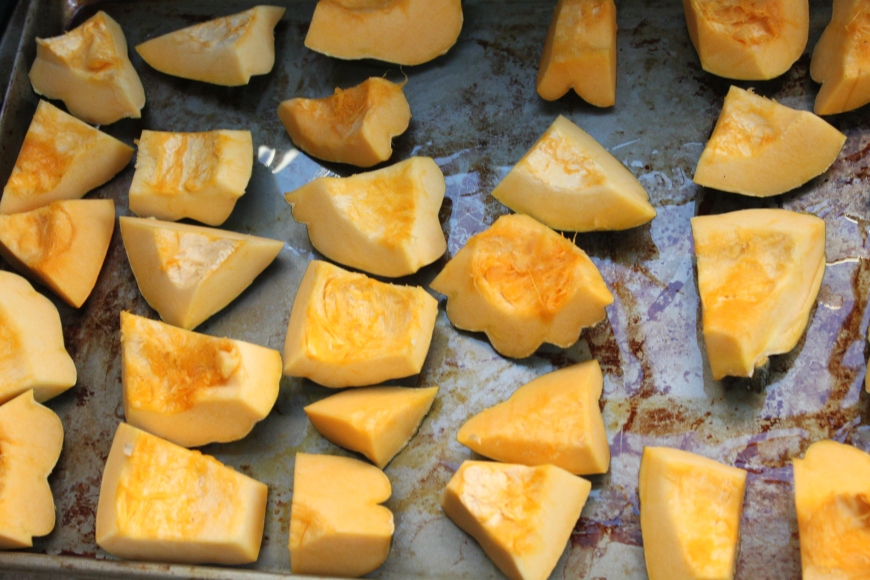 This is a very pretty recipe….

… until you add the lentils. 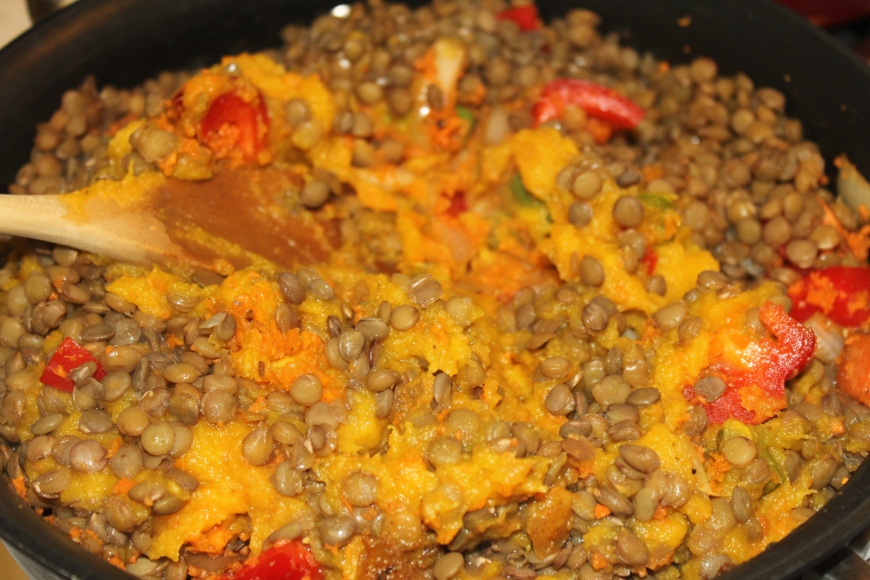 I thought for some reason that adding salsa would make it prettier.  I’ll have another think next time.

All insults aside, I’ve made this four times so far this season.  It’s crazy good, crazy healthy, and crazy inexpensive.*  Dinner winner.

(3) Place acorn squash on roasting pan and cook for approximately 30 minutes, until squash is easily pierced with a fork and begins to develop deep brown edges.  Remove from oven and allow to cool.  Once it is cool to touch, peel the squash flesh from the skin and set flesh aside.

(4)  Bring approximately 3 cups of water to a boil.  Add dried lentils and reduce to simmer.  Cook for about twenty minutes, or until lentils are soft.  Set aside.

(5)  Cook onion and olive oil on pan over medium heat for approximately 3-4 minutes.

(7)While the peppers, onion, and carrot are cooking, take about half of the lentils and pulverize in a food processor.

(10) Serve over salad, in tacos, and definitely with cilantro.